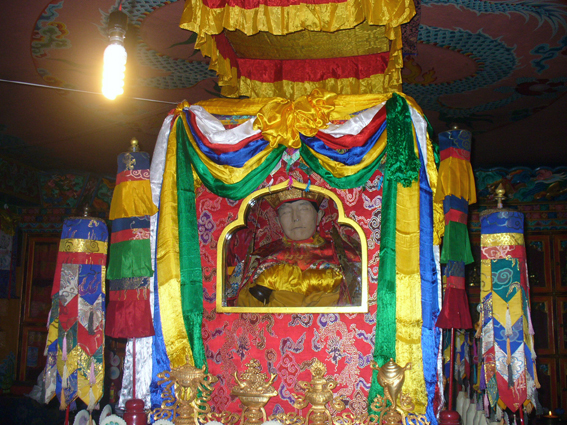 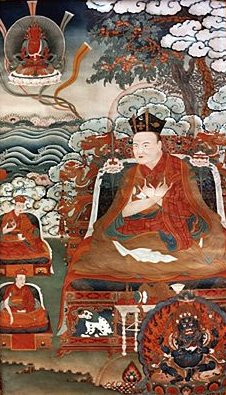 In the meantime H.E. Drubwang Sangye Nyenpa Rinpoche continues with the Oral Transmission of the 21 volumes of Prajnaparamita Sutras, which were of such great importance to Kyabje Tenga Rinpoche. Our lamas are now preparing the Precious Kudung for public blessing which will commence tomorrow, 4 April. Meanwhile, as advised by H.H. the Karmapa, the Guru Offering ritual to H.H. the 16th Karmapa, composed by the present 12th Tai Situpa, is under way for several days. Other rituals will follow suit. Rinpoche's remains are being prepared presently to be moved to the Tara temple, inside the main monastery building.

As of last night the Precious Kudung has been moved to the Tara Temple on the monastery's top floor. Public blessing will commence today, 5 April, at 11:00 a.m. Access to the Precious Kudung will remain available daily until the cremation on 18 May 2012.

We will keep you posted about further developments. Please check back to the website frequently.