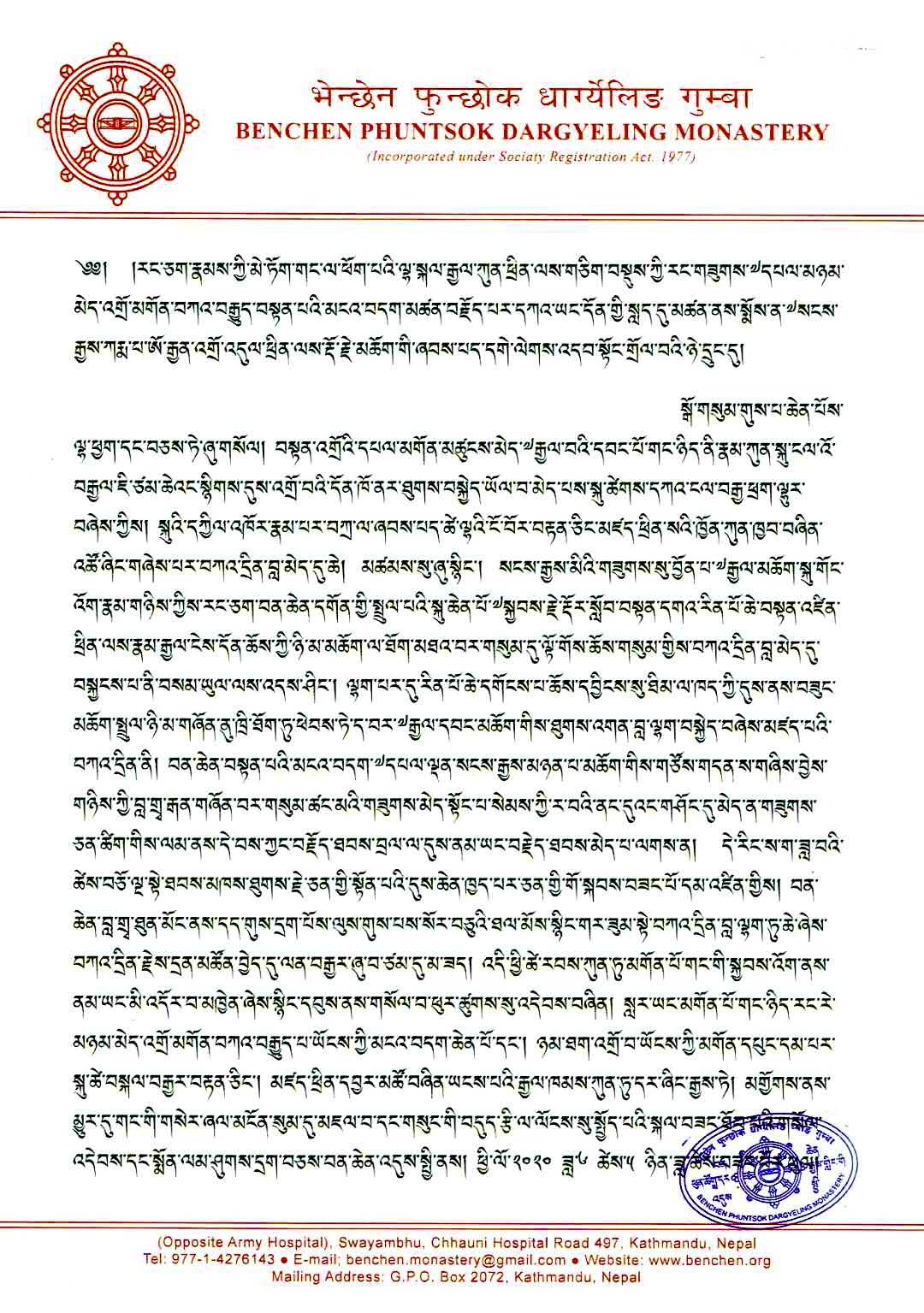 All about the Retreat Center

Later in 1977 Tenga Rinpoche managed to buy a small piece of land with a small house on it from a rana family. There he did his one year Tara retreat.Then in 1980 as a start Tenga Rinpoche enlarged the building. At that time Rinpoche had already a few young monks.

On16 January 1987 the foundation stone for Benchen Monastery was laid. During the construction all the four Kagyu Lineage Holders as well as H.H. Dilgo Khyentse Rinpoche blessed the land as well as the construction of the monastery. In the same year at the advice of H.H. Dalai Lama the oral transmission of the Tengyur took place.

Benchen Phuntsok Dargyeling is considered as one of the main Kaggyu monasteries in Nepal. It is under the guidance of Sangye Nyenpa Rinpoche (who is one of the Mahamudra lineage holders) and Tenga Rinpoche.

Each month a one week extensive practice (drubcho) along with the construction of the respective sand mandala is performed, such as Kalachakra, Vajra Yogini, Chakrasamvara, Gyalwa Gyamtso, Guru Rinpoche including the lama dances of the 8 aspects of Guru Rinpoche, Tashi Tseringma the protector of Milarepa, Two Armed Mahakala along with the lama dances etc.
At present the monastery houses 277 monks. All of the monks receive basic education from both Sangye Nyenpa Rinpoche as well as Tenga Rinpoche, instructions in Dharma, meditaion and rituals. Furthermore the monastery runs the Free Clinic that provides free medical and dental treatment for outpatients.