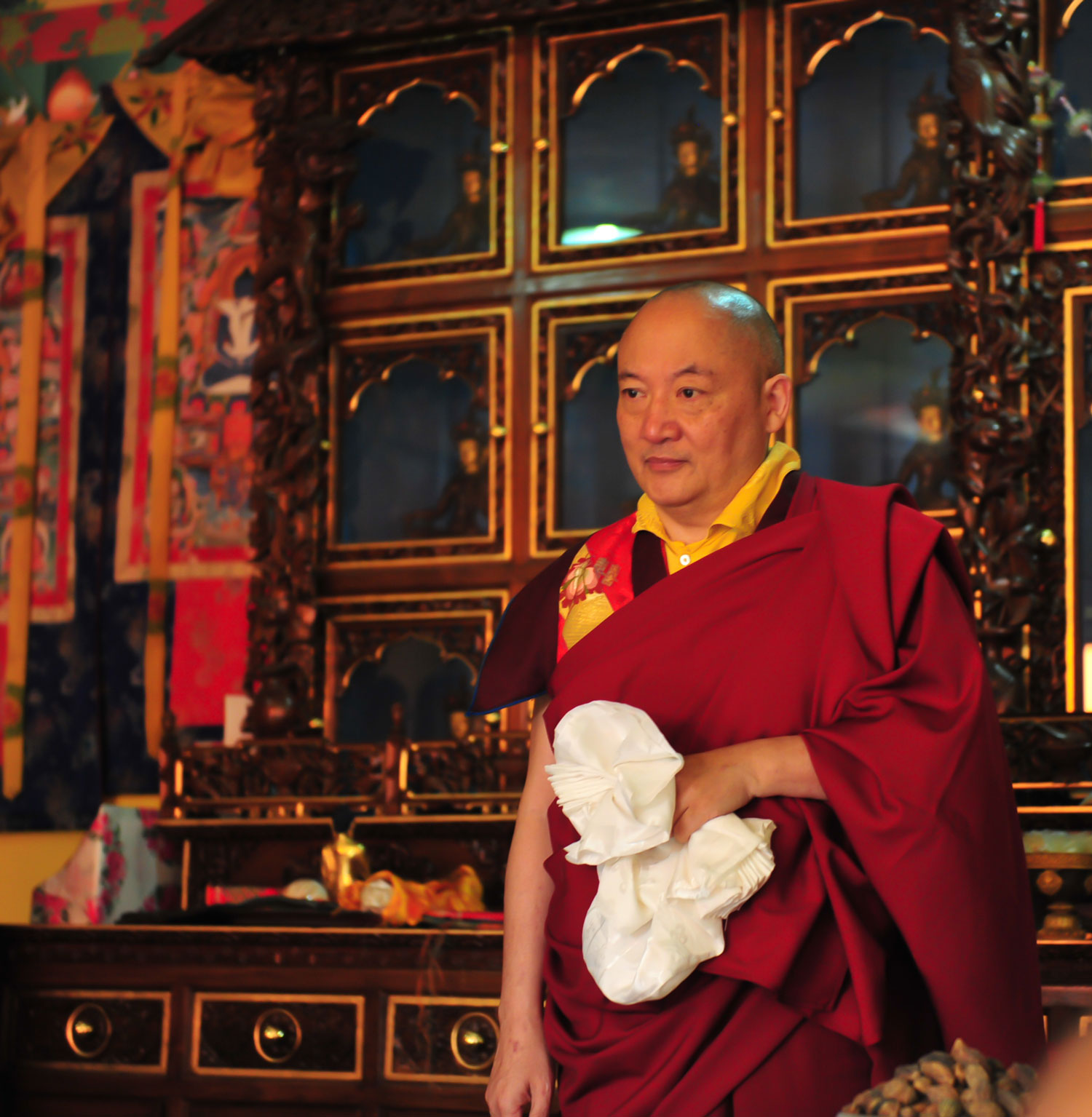 Afterwards Yangsi Rinpoche followed His Eminence Goshir Gyaltsab Rinpoche who asked to join him to go to the main temple of Bodhgaya.
There together they offered aru fruit and robes to the Buddha Shakyamuni Statue and made the wish to benefit many sentient beings.
Khenpo Garwang, Gyaltsen Sonam, and the general secretary of the Mahabodhi society, Nangtse Dorje, joined the visit to the temple. After that His Eminence Goshir Gyaltsab Rinpoche invites all of us to a very nice lunch at the Ashoka Hotel. His Eminence has great memories and the feeling that this place is blessed since His Holiness the 16th Karmapa had spent more than one month here.
On February 27th we arrived back in Kathmandu. Soon Yangsi Rinpoche will fly with his parents and siblings back to their home village.