Some Pictures and more Details 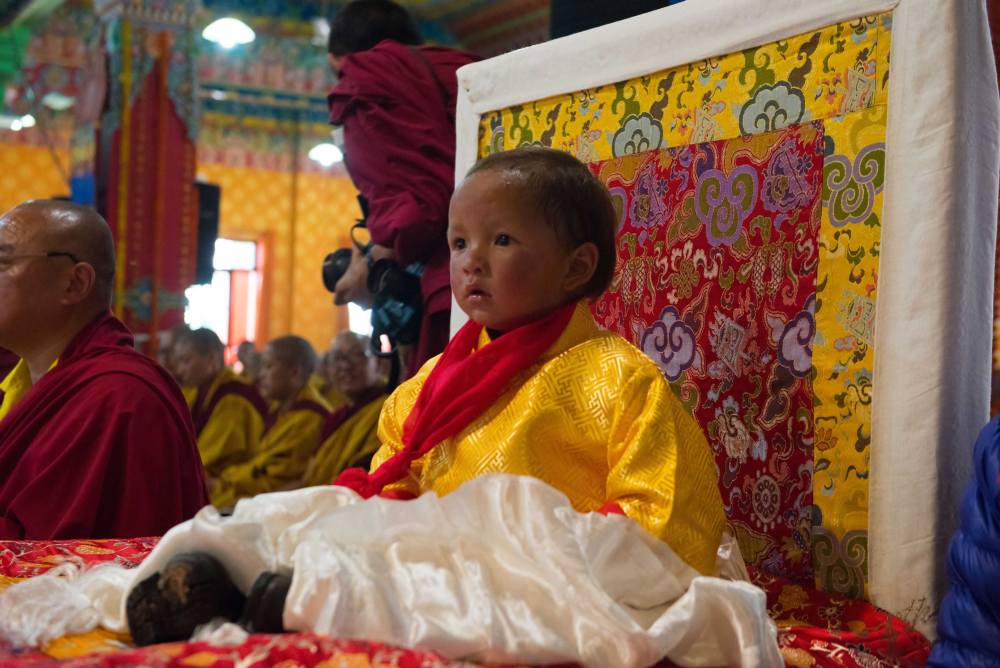 On 21st March at the Tergar Monastery in Bodh Gaya, India, at 9:30am His Holiness the Seventeenth Gyalwang Karmapa introduced Kyabje Tenga Rinpoche's reincarnation to the world with an introduction ceremony. It was not more than that. Please do not misunderstand this fact. It was not an enthronement nor a hair cutting ceremony. It was simply an introduction of Rinpoche's yangsi (reincarnation). Please don't confuse the differences. There are lots of meanings in the various ceremonies of our tradition.
His Holiness has stated that the hair-cutting ceremony and the enthronement shall only take place after Yangsi Rinpoche is seven years old. The dates of the enthronement and hair-cutting ceremonies will be decided only later by His Holiness and Drubwang Sangye Nyenpa Rinpoche. It is not certain when the ceremonies will take place. Until then he is going to spend time with his parents playing with the children in the village openly in a clean and natural environment. In that area there are no motorized vehicles at all besides a helicopter flying by from time to time. The air and the water are very clean. From a materialistic perspective the area is very poor, lacking luxury items like electronics and so forth. The people there, however, are very content living peacefully and harmoniously.