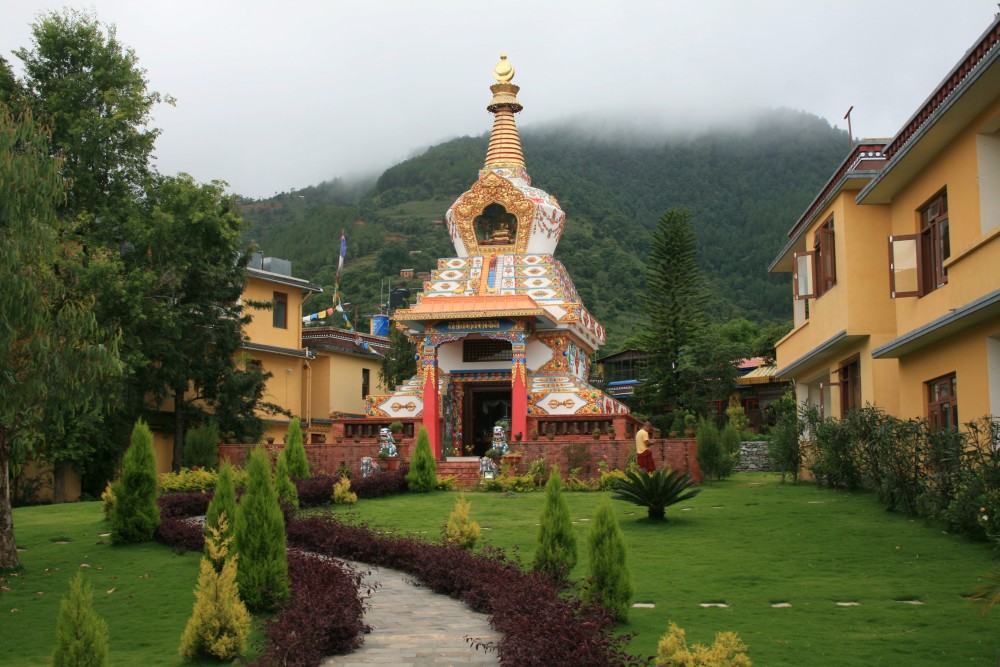 In April this year Pharping was fortunately not as badly shaken by the earthquake than other areas in Nepal. A few houses in the village were damaged though all buildings connected to Benchen Phuntsok Dargyeling are fine. As reported earlier during the earthquake the small monks were shifted to Pharping in order to continue school and monastic education.

So let us have some impression how the lamas are doing and about situations in Pharping in August 2015.

We start at the beautiful stupa in memorial of late Kyabje Tenga Rinpoche. In the monsoon season the stupa is kept open during the day in order to get enough airing. The garden of the compound is also attentively maintained and it looks proper and welcoming. 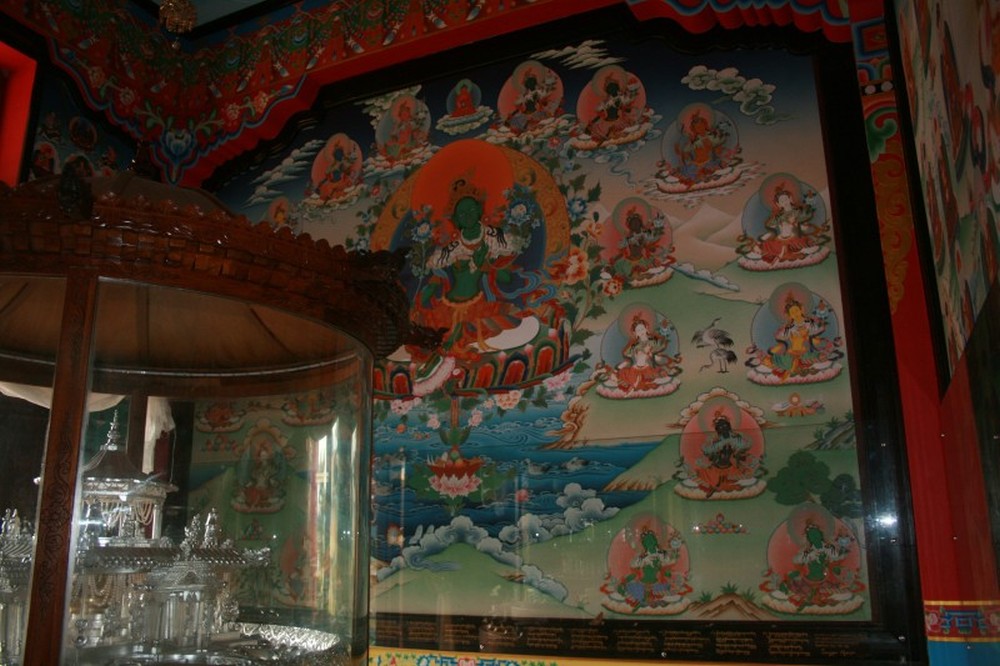 The next photo is taken inside the stupa, you can see a nice wall painting of the 21 Taras.

Now we turn to the Benchen Nunnery building site. The ground floor is equipped with windows and doors already. Therefore the rooms could be turned into class rooms for the time being.

The teachers of Benchen Primary School have to travel much longer every day to get to Pharping. As a compensation for this inconvenience they are happy about more disciple and concentration the small lamas show during classes. In Pharping is not so much distraction as in Swayambhu, the students have more physical activities in open surrounding, fresh air and beautiful nature. The Shedra provides three meals a day for the small monks. In the rainy season the way from their temporary school to the Shedra is very slippery.

Between the Stupa area and the Shedra building is the Niguma Retreat Centre. The centre is not finish yet but sanitation and rooms are available. Here the young Lamas are accommodated.

Lama Yonten takes care of the small lamas and teaches Tibetan language every evening. He shares any matters the young ones are concerned about. At the end of the day he tells them good night stories.