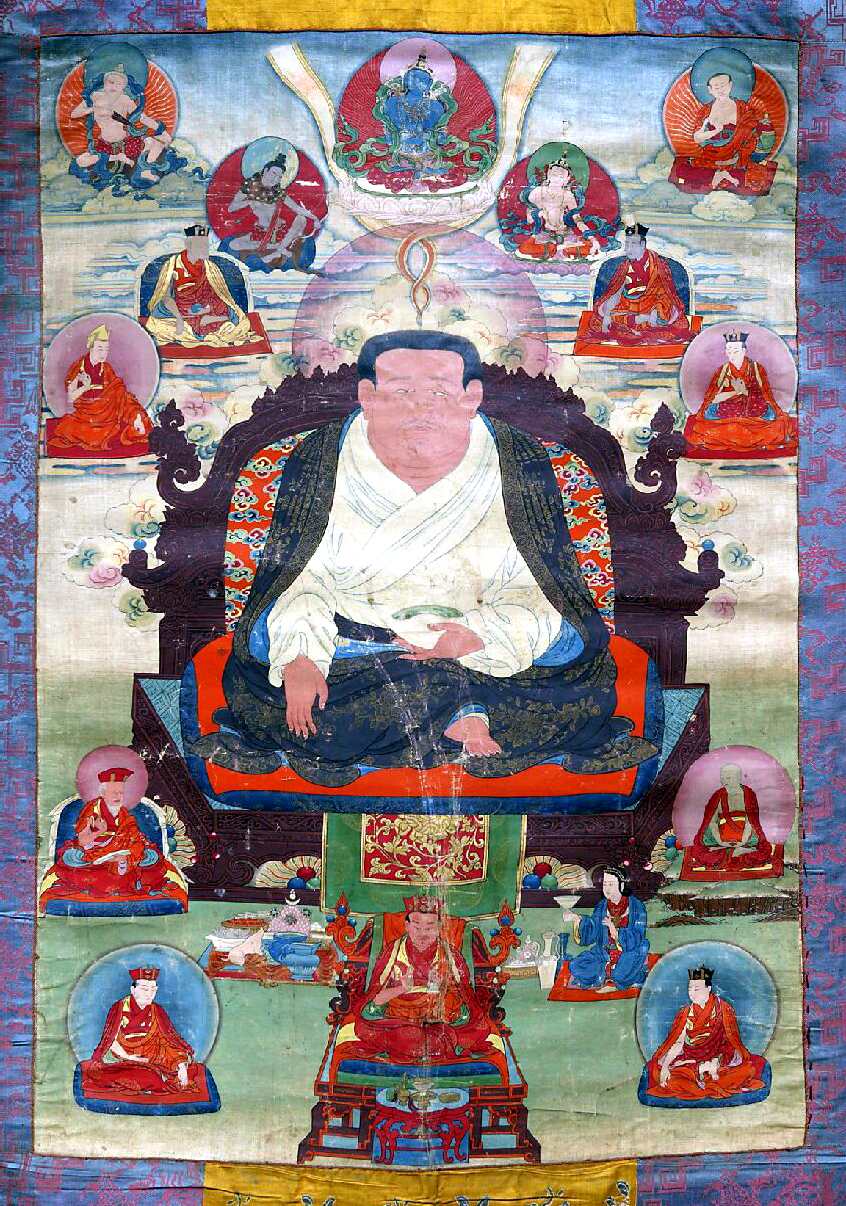 For the benefit of all beings in general and for the spread of the doctrine of the Victorious Ones in particular, and also for the fulfillment of the enlightened intentions of Kyabje Tenga Rinpoche and his swift rebirth, the Benchen Monastery Office Committee and the Benchen Community have requested His Eminence Drubwang Sangye Nyenpa Rinpoche to bestow the precious transmissions of the "Kagyü Ngag Dzö" at Benchen Phüntshok Dargyeling Monastery in Kathmandu, Nepal. His Eminence has kindly accepted this request and has set the date to begin with the transmissions to the 21st day of the 1st Tibetan month of next year, which corresponds to Sunday, 3 March 2013, close to the time around which our annual spring course would have taken place. This is also an auspicious occasion for our fifth group of three-year retreatants, who will begin retreat in 2013, to receive most of the required empowerments. It is estimated that the entire transmission of empowerments and reading transmissions will take four weeks.

The "Kagyü Ngag Dzö" is the first of five vast collections, compiled by the 1st Jamgön Kongtrul, Lodrö Thaye [1813-1899], in the 19th century in Eastern Tibet. It contains the majority of tantras and associated transmissions which were brought from India to Tibet by Marpa Lotsawa Chökyi Lodrö [1012-1097] in the 11th century. These transmissions were passed on from Marpa through two of his four heart-sons, namely Ngok Chöku Dorje [1036-1102] and Jetsün Milarepa [1040-1123]. They form the core of the teachings and practices of the Four Earlier and Eight Later Dhagpo Kagyü Schools, of which the Kamtshang or Karma Kagyü, Drikung Kagyü, Drugpa Kagyü and Taklung Kagyü still exist to the present day.

The collection includes the transmissions for various mandalas of such major yidam deities as Manjushri-nama-samgiti, Cakrasamvara, Vajrayogini, Hevajra, Nairatmya, Guhyasamaja, Mahamaya, Vajra-cathurpitha, Buddha-kapala, Rakta-yamari and Vajrabhairava. Also included are the "Three special Deities of Marpa", Vajrasattva, Ushnishavijaya and Tara, as well as the transmissions of Cintamanicakra-tara, commonly known as White Tara in the lineage of Jowoje Palden Atisha, and Amitayus in the lineage of the dakini Machik Drubpe Gyalmo, as well as Canda-vajrapani, as received and brought to Tibet by Rechung Dorje Dragpa [1084-1161], one of Jetsün Milarepa's foremost students. The empowerments are brought to a close with those of the protectors Four-armed Mahakala, Shridevi Dhumavati and the Five Sisters of Long Life, Tashi Tsering Chenga.

Apart from the various extensive and more concise empowerments for all these, Jamgön Kongtrul has included a number of sadhana texts and instruction manuals by various authors including himself, for the various practices of the above-mentioned deities, concise and elaborate, as well as offering rituals to the masters of the lineage. The entire collection is in eight volumes.

For further information please contact This email address is being protected from spambots. You need JavaScript enabled to view it. and refer back to this website frequently.