A last Kora with Edward round Swayambhu Hill with mourning masses, a majestic cremation ceremony for a Great Master. My empty mind with colours of melancholy, followed by a strong conviction that He would come back soon. Our mother-like teacher, leaving us behind with the task to apply the teachings we got. 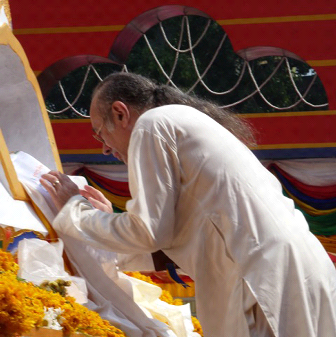 Edward Henning had studied mathematics and that proved to be very helpful on his way to become an expert for "Kalacakra and the Tibetan Calendar" (the title of his highly praised book).  In a one-pointed effort over decades he developed - with the help of the upcoming computergraphics - his 3D-Kalacakra-Mandala. It's latest and last version can be downloaded from Edward's website http://www.kalacakra.org/ .

I will remember Edward as a man with strong convictions, courageous and straightforward, loving and offending, sitting and dancing, offering his skills with generosity to mankind, following the footsteps of his benignant teachers towards realization of Mahamudra.
We lost a legend.
Farewell, my dear friend, See You ... 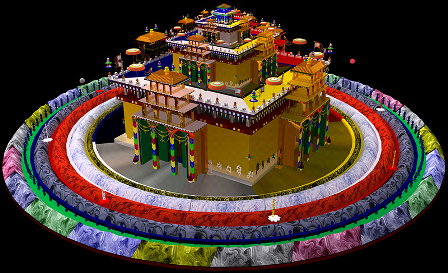